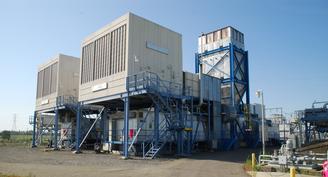 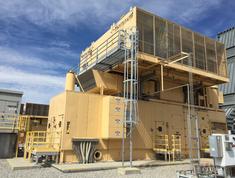 As part of the study, we visited the site, developed a scope of work and

construction sequence for modifying the turbine packages, and developed a

(CP)² performed a study addressing the addition of microturbines with heat recovery to the University’s existing cogeneration plant to increase electrical generating capacity and provide an alternate source of thermal energy for their hot water system and chillers.  The study addressed technology selection and permitting considerations, as well as developing a conceptual layout, process flow diagram, and one-line diagram for integration of the microturbines into the existing cogeneration plant.  Subsequently the University decided to proceed with the project.  (CP)² was also engaged by the University to review the design-build proposal and contract, as well as the long-term service agreement for the microturbines.

plant.  (CP)² visited the site, as well as interviewing the plant staff to

elicit their  operating and maintenance experience, and then developed

a series of recommendations for the Client.

(CP)² performed the pipe stress analysis and developed pipe support loads as part of an upgrade of the SCR system for a cogeneration plant.