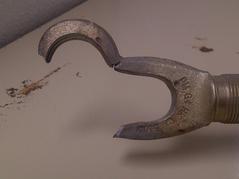 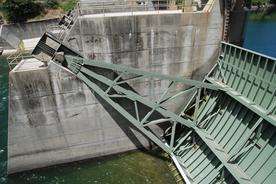 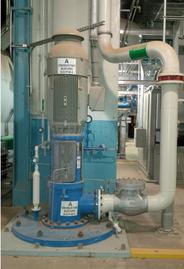 fully close after modification of the gate trunnions.  (CP)²visited the project

as well as recommendations forchanges prior to modifying the other gates.

(CP)² was retained to investigate the cause of a concrete truck rollover accident while transporting concrete on a single lane mountainous road with traffic controls.  (CP)² visited the accident and project location, interviewed participants, as well reviewing work processes, and then developed the root cause analysis for the accident.

line during operation.  (CP)² visited the plant and reviewed the relevant

engineering documentation.  (CP)² determined that the causeof the support

failures was thermal overloads of the pipe supports.  Thecorrective action

was to re-install the supports in a correctedconfiguration.

During startup of the condensate pump, (CP)²’s client would oftentimes

to be heard and felt in the control room.  (CP)² determined the root cause

discharge piping and subsequent collapse when the pump was started.  The

piping was modified preventing recurrence of the waterhammers.